A couple after 30 years of marriage.
The woman told her husband: tie me to the bed and do whatever you want.
The husband tied her firm to the bed and went off fishing.....

My roommates where complaining that our house was haunted.
Now i live here for almost 300 years and never noticed a thing.

100kwh-hunter said:
A couple after 30 years of marriage.
The woman told her husband: tie me to the bed and do whatever you want.
The husband tied her firm to the bed and went off fishing.....
Click to expand...

If my Mrs said that I'd the her up and go build a few more cell packs!!
UK Southwest.

Joke from our slavic corner in europa, very nice people btw...all the slavic people, visit them if you have the chance...
I can point you to some spots you wont believe....until you will see it with your own eye's.
And i don't mean the salt mines or auschwitz or such.

An Armenian girl is getting married tommorow and seeks advice from her elderly aunt: "How did you manage to live through 50 years of marrige without a single fight?".
"My dear niece, it is very simple. After getting married we went home by my husbands horse cart. The horse stumblet and he raised an eyebrow and said: "one".
Than the horse stopped for no reason and he said:"two".
After half an hour the horse stumblet again. My husband said:"three", stepping off the cart taking out his pistol.
It took a single precise shot to end the horse poor life.
I was so shocked i did not say a word.
When we got home i asked him why did he shoot the poor thing.
The only thing he said was: "one"......

.just fun nothing else 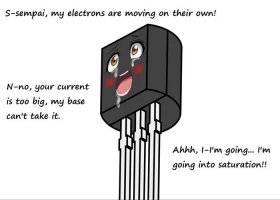 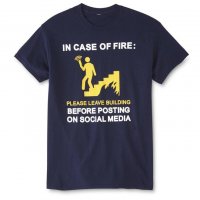 Random army Commander: FIRE AT WILL.

Again a long time married couple.
The woman is coming home from a long day shopping.
Woman:
Hey honey, you mist me?
Husband:
With every bullet so far....

A young boy finds the miracle lamp, rubs it and Genie comes out.
Genie: you have three wishes...
The boy thinks a little and answers:
I want to be our rich neighbor's son.

FANTASTIC, BEST EVER - Thank you @Daromer for creating this thing


(P.S. A long time ago I bought this USB 'device' and kept it on my desk - and many people wanted to try it. Some couldn't figure out 1, 2, 3 and somewere actually hesitant as to what it might do... but its NO COMPARISON to @Daromer's 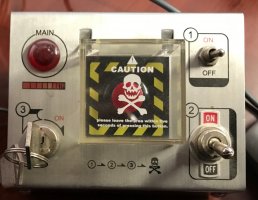 I think he should sell them )

We use similar with our model rocketry...euh model? hpr!

I saw this on TikTok the other day and thought it was relevant to this board:

What's the difference between a woman and a battery? A battery has a positive side.
Check out my long-term capacity test of 18650s:https://secondlifestorage.com/showthread.php?tid=6868

Oke woman jokes are incoming:
There is in every woman something good: but you must put it in yourself....

Soldier: "Sir we're surrounded!"
Sergeant: "Good. That means we can shoot in every direction."

Airman Jones was assigned to the induction center, where he advised new recruits about their government benefits, especially their GI insurance.
It wasn't long before Captain Smith noticed that Airman Jones was having a staggeringly high success-rate, selling insurance to nearly 100% of the recruits he advised.
Rather than ask about this, the Captain stood in the back of the room and listened to Jones' sales pitch.
Jones explained the basics of the GI Insurance to the new recruits, and then said:
"If you have GI Insurance and go into battle and are killed, the government has to pay $200,000 to your beneficiaries.
If you don't have GI insurance, and you go into battle and get killed, the government only has to pay a maximum of $6000.
Now," he concluded, "which group do you think they are going to send into battle first?"

100kwh-hunter said:
Airman Jones was assigned to the induction center, where he advised new recruits about their government benefits, especially their GI insurance.
It wasn't long before Captain Smith noticed that Airman Jones was having a staggeringly high success-rate, selling insurance to nearly 100% of the recruits he advised.
Rather than ask about this, the Captain stood in the back of the room and listened to Jones' sales pitch.
Jones explained the basics of the GI Insurance to the new recruits, and then said:
"If you have GI Insurance and go into battle and are killed, the government has to pay $200,000 to your beneficiaries.
If you don't have GI insurance, and you go into battle and get killed, the government only has to pay a maximum of $6000.
Now," he concluded, "which group do you think they are going to send into battle first?"
Click to expand...

When I was young and 'dumb' I joined the US Army, you walk everywhere and the fallbackstanding order is "Close with and destroy the enemy"
Later in life I joined a National Guard (US military) Transportation Company as a 5-ton semi-truck driver, you drive everywhere (with cases of beer in the back) and the fallback standing order is "Avoid the enemy so your supplies don't get captured".
I can totally relate to the humor above

I dont regret one second at the marines.
One of the best stories:
We were at the shooting camp in Harskamp ask (for sniper training) in the Netherlands.
There was a bar across the road, that had a "hidden" compartment under the bar table.
We were drinking beer, and after every sip we put the beer back under the bar.
On the bar we had a coca cola drink.....
One day it was getting late: 11.45pm, thesergeantwas checking on us, if we were all right and not drinking any alcohol.
No we said.(pretty drunk)
He said: ok so everything is alright than?
We said yes, he went back and we thought really that we had him, so we took another one....
No need to say what happened the next morning at freaking FOUR AM.....sheeeeeet a 24 hour march in full pack....
And no time to get the feminine hygiene stuff for under your backpack straps....
Good old times. 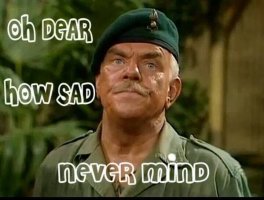 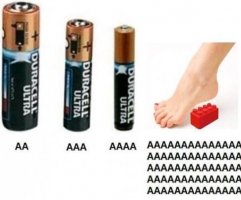 Not exactly humor but this thing is hilariously ingenious -I would never have thought of doing a solar panel train behind an ebike. This is 3 x 100w panels that produced 200w while the bike was only using 100w to go 8 miles... so he was able to ride indefinitely. 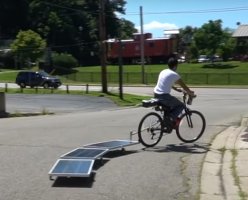 Love it, thinking out of the box

A blond woman was speeding down the road in her little red sports car and was pulled over by a woman police officer, who was also a blonde.
The blonde cop asked to see the blonde drivers license.
She dug through her purse and was getting progressively more agitated.
What does it like like? She finally asked.
The policewoman replied: It is square and it has your picture on it....
The driver finally found a squire mirror in her purse, looked at it and handed it to the policewoman.
Here it is, she said.

The blonde officer looked at the mirror, then handed it back, saying:
OK, you can go, i didn't realize you were a cop........

The Dangers of Drinking and Driving

This might save you the cost and embarrassment of being arrested for DUI. As you know, people have been known to have unexpected brushes with the authorities from time to time, often on the way home after a "social session" with family or friends.

Well recently, it happened to me. I was out for the night to a party and had more than several margaritas coupled with a bottle of rather lovely red wine. It was held at a great Italian restaurant. Although relaxed, I still had the common sense to know I was slightly over the limit.

That's when I did something I've never done before... I took a taxi home. On the way home there was a police roadblock, but since it was a taxi they waved it past and I arrived home safely without incident. These roadblocks can be anywhere and I realized how lucky I was to have chosen to take a taxi.

The real surprise to me was that I had never driven a taxi before. Not sure where I got it, and now that it's in my garage I don't know what to do with it. If you want to borrow it, give me a call.

The Jewish people met and picked an aged and wise rabbi to represent them in the debate. However, as the rabbi spoke no Italian, and the Pope spoke no Yiddish, they agreed that it would be a 'silent' debate.

On the chosen day, the Pope and rabbi sat opposite each other.

The Pope raised his hand and showed three fingers.

The rabbi looked back and raised one finger.

Next, the Pope waved his finger around his head.

The rabbi pointed to the ground where he sat.

The Pope brought out a communion wafer and a chalice of wine.

The rabbi pulled out an apple.

With that, the Pope stood up and declared himself beaten and said that the rabbi was too clever. The Jews could stay in Italy.

Later, the Cardinals met with the Pope, and asked him what had happened.

The Pope said, "First I held up three fingers to represent the Trinity. He responded by holding up a single finger to remind me there is still only one God common to both our faiths.

Then, I waved my finger around my head to show him that God was all around us. The rabbi responded by pointing to the ground to show that God was also right here with us.

I pulled out the wine and host to show that through the perfect sacrifice, Jesus has atoned for our sins, but the rabbi pulled out an apple to remind me of the original sin.

He bested me at every move and I could not continue."

Meanwhile, the Jewish community gathered to ask the rabbi how he'd won.

"I haven't a clue," said the rabbi. "First, he told me that we had three days to get out of Italy, so I gave him the finger. Then he tells me that the whole country would be cleared of Jews, but I told him emphatically that we were staying right here."

"And then what?" asked a woman.